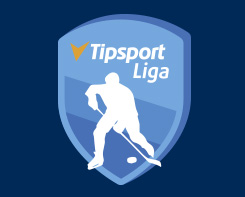 Poprad Hockey Club has extended the contract with the Dutch defenseman Mike Dalhuisen.

Poprad Hockey Club signed one of key defensemen Mike Dalhuisen. The 31-year-old player begins his second season in the Slovak top ice hockey league. In the last season, he played in 33 matches for Michalovce, where he gained 18 points (5 goals, 13 assists). After the transfer to Poprad he got 10 extra points for 5 goals and 5 assists in 16 games.

“I decided to extend my contract because of everything that Poprad has to offer. It is a very professional and high class organization ran by excellent leaders and people who understand not only the business side, but also the players side of hockey. The city is so beautiful, and an amazing place to live with a fantastic view of the mountains every day when I walk to the stadium. And of course the fans, I always tend to have a special bond between the fans wherever it is I play, and although I was not in Poprad long, I felt like I was accepted and welcomed with open arms by the incredible passionate fans. All in all Poprad is a fantastic place to play and I look forward to a very successful season,” said Mike about his reasons for contract extension with Poprad.

“The negotiation with Poprad went smooth, they asked me what it would take to keep me for another season and suggested me to propose a realistic contract. I did that, and after this we only went back and forth a few times until we agreed on a deal. I did have a lot of interest from other teams, and even a few offers to try and force me out from contract with Poprad,” added the Dutch defenseman about negotiations.

Poprad has got big ambitions and Dalhuisen feels the same. “I feel like if the Corona virus did not destroy the previous season then there would have been a very good chance that we with our team at the time could have won the championship. It seems we have quite a few returning players back from last season and several key new one who will help us.”

Foreign players had to leave Slovakia due to the coronavirus immediately. “Well, when the original news came out that we would have a few days off from practice and gather again on Monday to see what the next steps are I quickly flew to Holland to spend some time with my family. Since I was expecting to return to Poprad just a few days later I left everything in Poprad including my little buddy Simba. After two days in Holland I heard that the country will go on lockdown and that if I wanted to go back to get my stuff I would have to go to a special quarantine center. I was fortunate that some of my very good local friends were able to take perfect care of Simba and I decided to stay in Holland. I was helping my father out at his company building bicycles and spent a lot of quality time with family.”

Mike is currently in his house in Alicante, Spain, he will return to Poprad at the beginning of August.

Dalhuisen has spent early years overseas and after playing in NCAA he started playing under the professional contract in AHL and ECHL. After return to Europe he played one season in Denmark, where he won the championship with Esbjerg. During the following two seasons he played for Kazakh team Ust-Kamenogorsk in the Russian second-tier league VHL. Before the arrival in Slovakia he played for one year in Germany in DEL2. He represented the Netherlands at the U18 and U20 championships and was a member of the national team at 4 divisional tournaments.